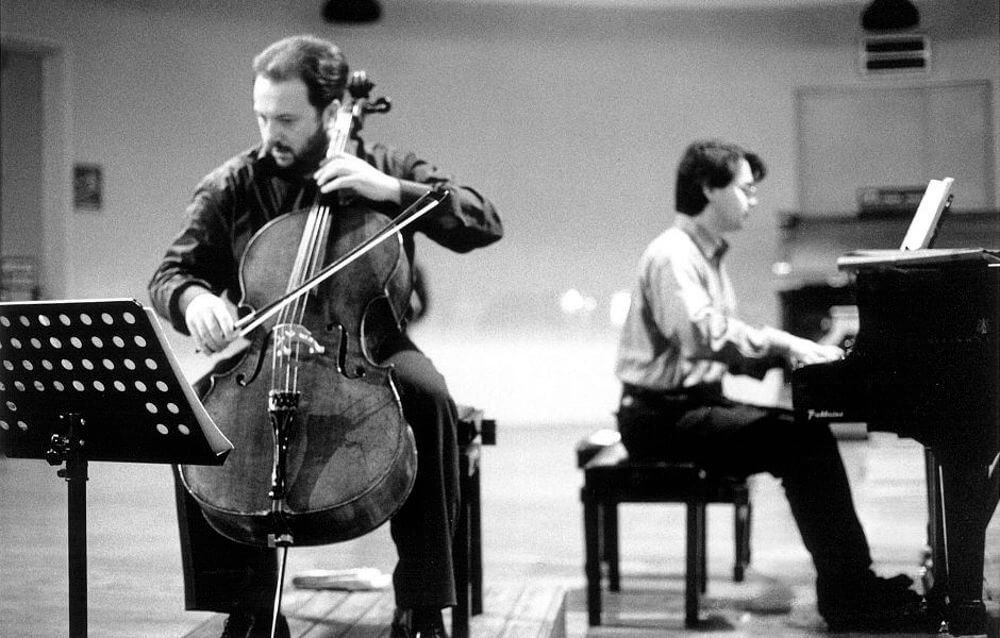 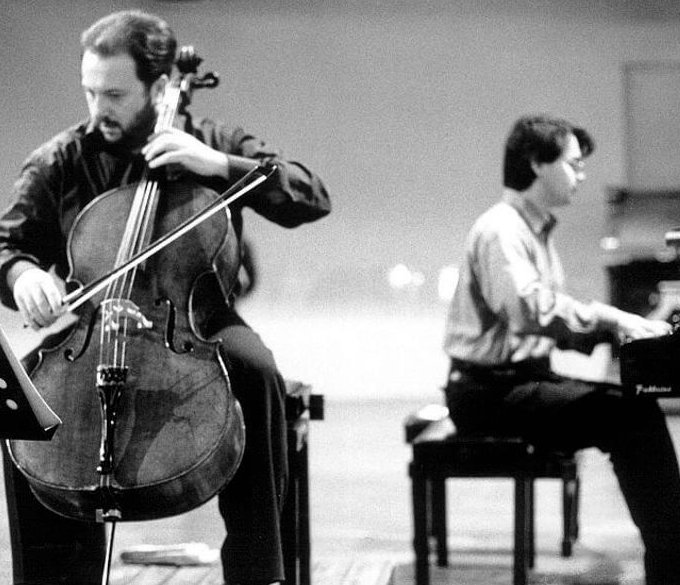 Enrico Dindo was born into a family of musicians and began studying the cello at the age of six, graduating from the “Giuseppe Verdi” Conservatory of Turin. In 1997 he won the First Prize at the “Rostropovich” Competition, in Paris, and from that moment began a solo activity that led him to perform in many countries, with the most prestigious orchestras.

Pietro De Maria won, among others, the Critics’ Prize at the Tchaikovsky Competition in Moscow and First Prize at the Dino Ciani International Competition in Milan. In 1997 he was awarded the Mendelssohn Prize in Hamburg. His intense concert activity sees him as a soloist with prestigious orchestras and conductors such as Roberto Abbado, Gary Bertini, Myung-Whun Chung and Daniele Gatti.