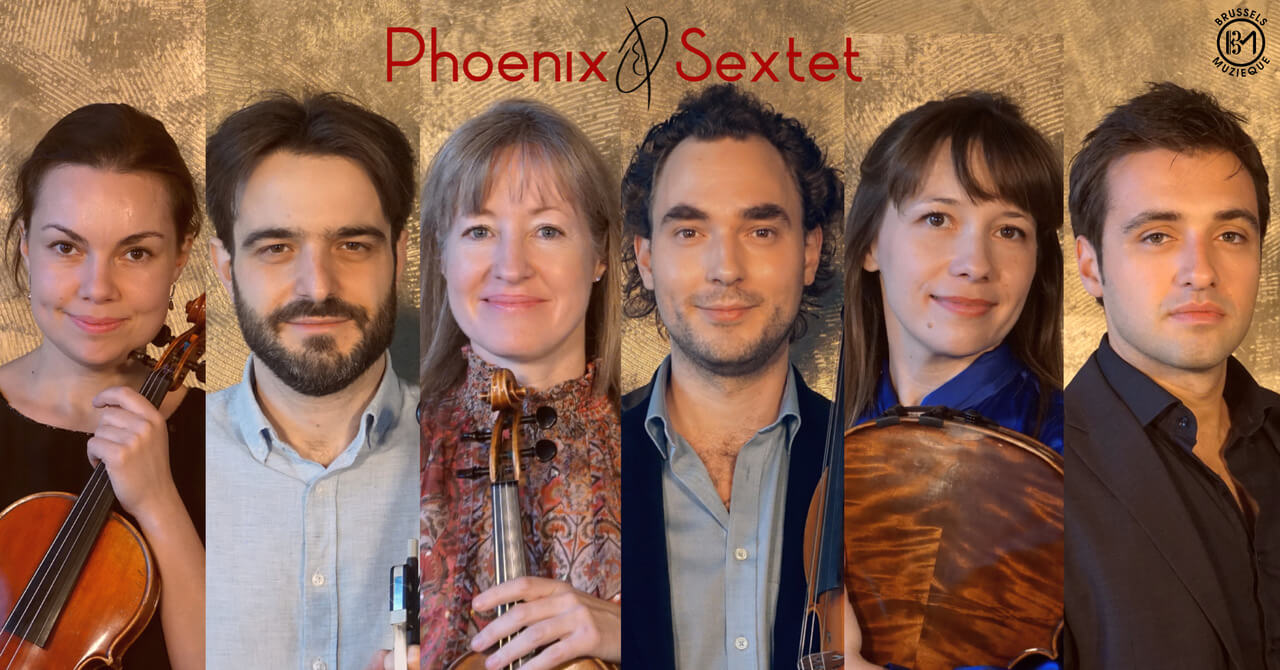 This program has already been booked for this year by other prestigious festivals and theatres such as the ‘La Fenice’ Opera Theatre in Venice during the Galuppi Festival, the Arnold Schoenberg Centre in Vienna, European Parliament in Brussels, Full Circle Theater (Brussels), and the Arte Amanti International Music Festival (Flanders, Belgium).

The group is part of the Brussels Muzieque classical music platform, which brings together soloists from the most prestigious Belgian and European orchestras and other top-level artists who reside in Belgium or are invited from all over Europe. As a melting pot of sensitive artists exchanging ideas and experimenting with different chamber ensembles in this music laboratory, the platform gave birth to the Phoenix Sextet.