was based on the play of the same name by Victorien Sardou (1887), which Puccini saw starring Sarah Bernhardt in 1889. The opera premiered at the Teatro Costanzi in Rome on 14th January, 1900 and has remained immensly popular ever since, with its story of love and death set against a historical and political background at the time of the
restoration of the Pope and Napoleon’s campaigns in Italy.

During the summer period, La Fenice reprises the popular productions of the house. Tosca directed by Serena Sinigaglia is one of them, with symbolic but figurative decorations, and costumes of the era. The voice of baritone Sebastian Catana is a treat in the role of the disagreeable Scarpia. 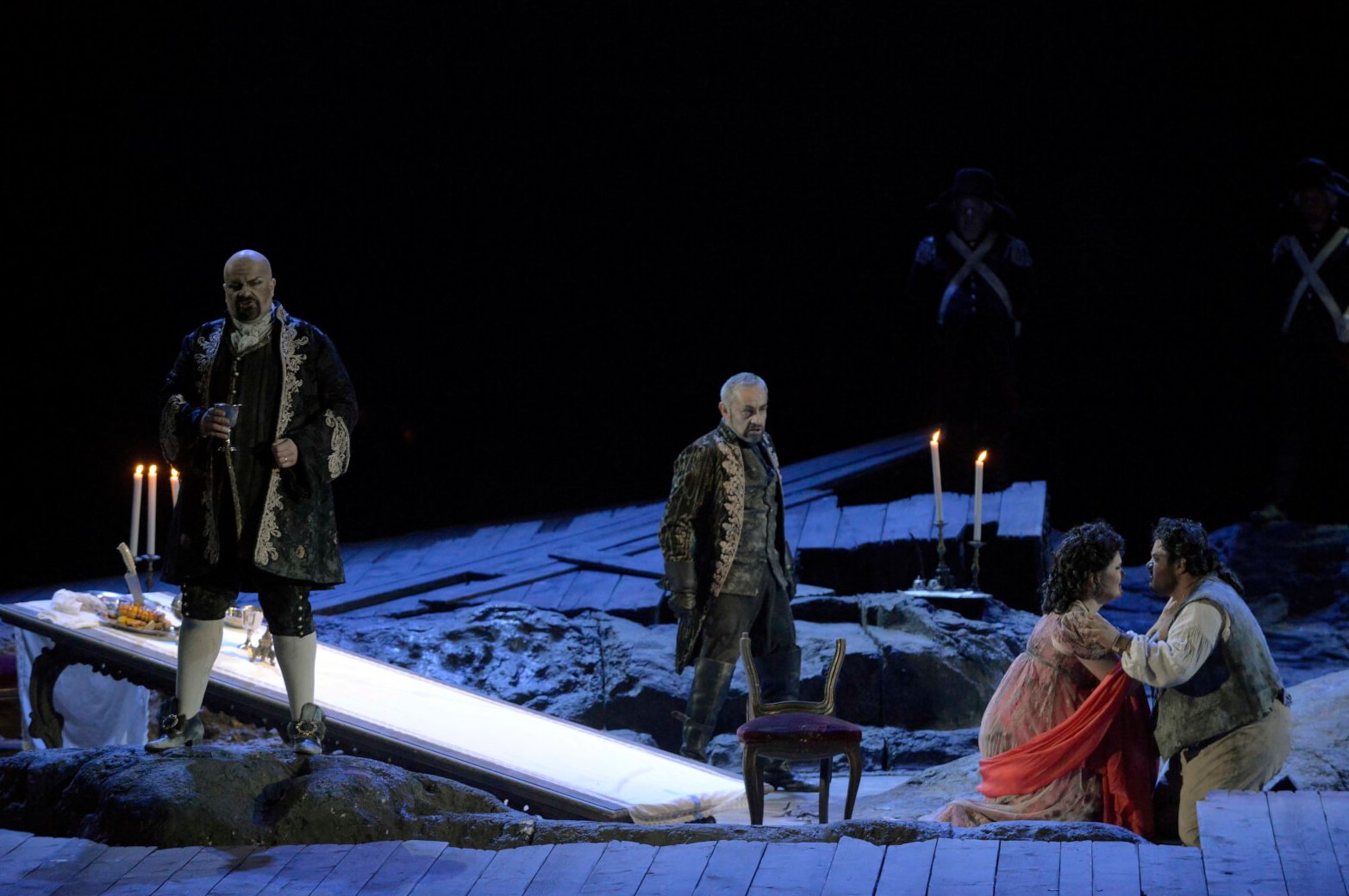 The performance lasts about 2 hours 45 minutes, including two intervals