Gounod’s Faust (1859) was among the world’s most performed operas from the 1860s to World War II, and still remains a core repertory work. The story, adapted by Gounod’s librettists Jules Barbier and Michel Carré, is based on Part I of Goethe’s epic poem Faust, which was a major inspiration for many composers. Popular highlights are, among others, the waltz “Ainsi que la brise légère” and the drinking chorus “Vin ou bière” in Act II; the cavatina “Salut! Demeure chaste et pure” for Faust (III), and, for Marguerite, the Ballad of the King of Thule and The Jewels’ Aria, also in Act III. When Faust was premiered at the Paris Opéra in 1869, Gounod added a ballet to Act V, featuring an unbridled party of witches and devils on the Brocken Mountain. 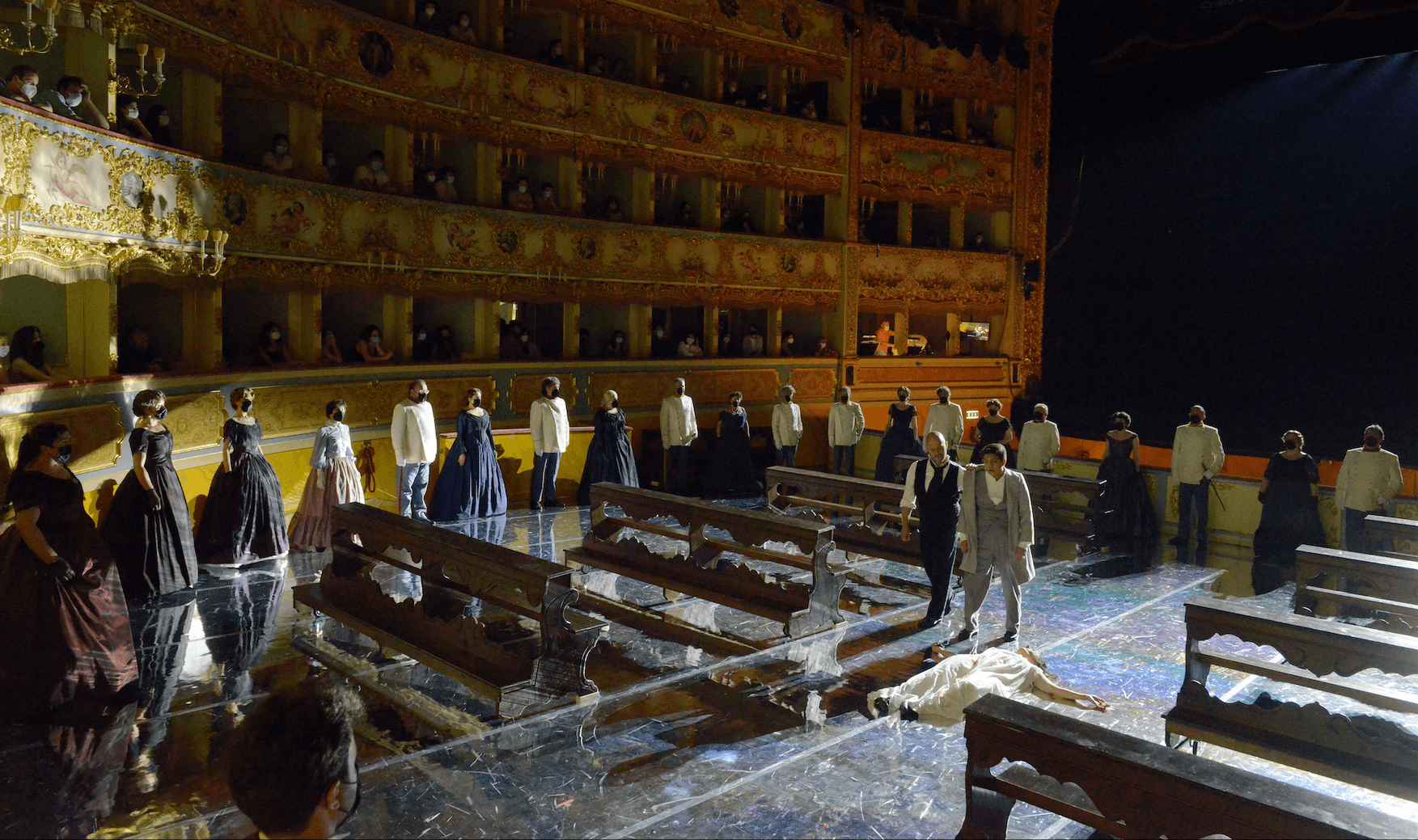 The performance lasts about 3 hours 5 minutes, including one interval

Convert your Fenicex2 Opera code for this show at the Teatro La Fenice box office, at the Vela Venezia Unica box offices or by phone calling (+39) 041 2722699