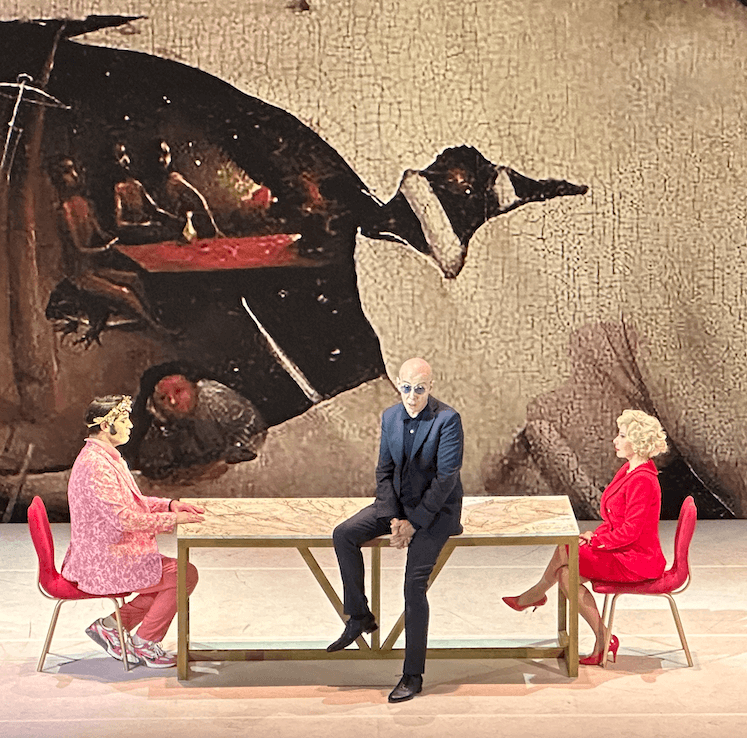 The performace lasts about 1 hour and 20 minutes without interval

In the very year of his death, the Venetian composer Bruno Maderna (1920-1973) staged the pamphlet Satyricon by the Roman author Petronius as a chamber opera. Petronius flogged the debauchery of the nouveau riche through the seminal episode of Trimalchio’s banquet, featuring a former slave who attained immense wealth in Nero’s Rome and frolicked in ridiculous ostentation, gluttony and perversity. Maderna emphasizes the parallels between the Roman empire and contemporary society, envisaging decadence as a constant in world history. The work consists of 16 unordered numbers (with the option of placing taped numbers between them); the collage effect extends to the music, which relies on quotations from Bizet, Gluck, Mozart, Offenbach, Strauss, Stravinsky, Verdi, Wagner, and Weill.