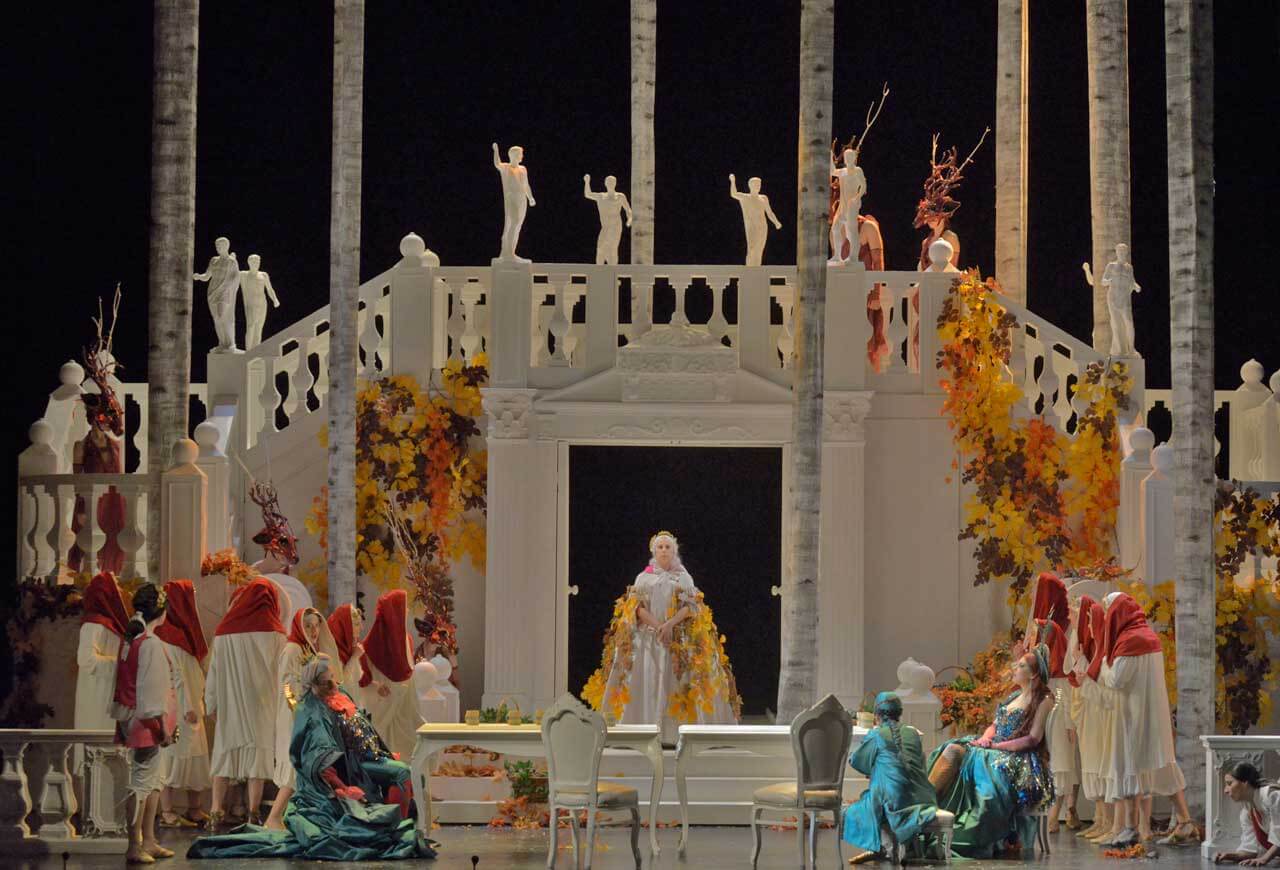 with an Italian libretto by Antonio Maria Lucchini

The opera premiered at the Teatro San Angelo in Venice on 9 November 1726. Vivaldi later revised the opera numerous times for several different performances throughout the second half of his career. Dorilla in Tempe was well received at its premiere and became one of Vivaldi’s personal favorites.

The opera was the first work by Vivaldi to include in its cast the mezzo-soprano Anna Girò, who went on to form a lifelong friendship and professional partnership with the composer. The opera was also noted for its visual aspects, boasting some of the most elaborate sets (by Antonio Mauro) in the history of opera up to that point and for its beautiful choreography by Giovanni Galletto. In 1728 the opera was revived at the small Teatro San Margherita in Venice with an almost identical text, and again in Prague at the Sporck Theatre in the spring of 1732, this time with substantial alterations to the libretto.

During Carnival 1734 the opera was revived at the Teatro San Angelo, this time as a pastiche using recent music by other composers, including Hasse, Giacomelli and Leo. The only surviving score of Dorilla in Tempe, located in Turin, is from this 1734 pastiche production. Fortunately, the score includes not only the many insertions into the opera but also a number of the deletions from earlier productions. Unusually for Vivaldi’s operatic scores, the sinfonia is clearly linked with the main opera: it follows the title-page instead of preceding it, and the music of its final movement – a C major version of the opening of the Spring concerto– reappears in the opera’s opening chorus, appropriately in praise of spring.

The opera displays a pastoral nature, particularly in its choral and ballet music, that is at times mixed with heroic elements, as in the elaborate celebrations at the end of Act 2, where a hunt is enacted to the inevitable horn accompaniment.

The performance lasts about 3 hours, including one interval