A Hand of Bridge + Bluebeard’s Castle

A Hand of Bridge, opus 35, is a one-acter by Samuel Barber on a libretto by Gian Carlo Menotti, and the shortest opera regularly performed: it lasts about nine minutes. Two unhappily married couples of the American upper-middle class are playing a hand of bridge, during which each character sings an arietta uncovering his/her inner desires.

Bluebeard’s Castle (premiered in Budapest in 1918 after a row of rejections and remakes) counts as Bartók’s response to French musical impressionism, particularly to Paul Dukas’ treatment of the same subject as Ariane et Barbe-bleu (1907). The well-known horror tale about a
serial woman-killer is given a happy end of sorts, inasmuch all the Duke’s wives survive in splendid seclusion within his mysterious castle. 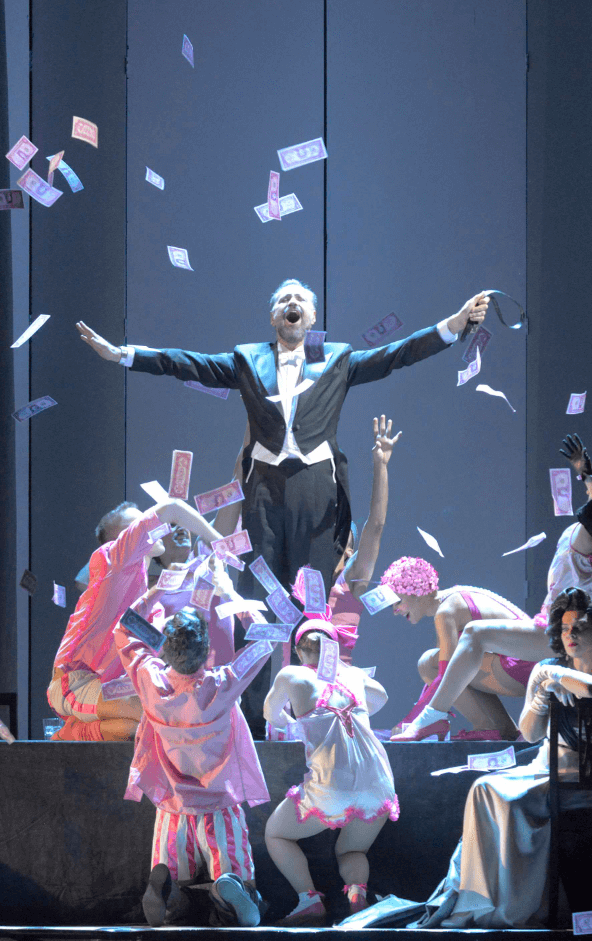 A Hand of Bridge

The performance lasts about 1 hour 30 minutes, including one interval