Il trovatore (The Trobadour), premiered in Rome in 1853, is a panel of Verdi’s so told ‘popular trilogy’ alongside Rigoletto and La traviata. Themes of obsession, revenge, family and civil war are conveyed through fiery dramatic contrasts. The towering character is the gypsy Azucena, a social outcast. Verdi, who by this time had trespassed the belcanto traditions, pushed the dramaturgy of this opera to the very brink of current taste, so that some critics ridiculed the plot as confused and hardly plausible. Yet the music is transcendent. Leonora’s “Tacea la notte placida” in Act I, the Anvil Chorus and Azucena’s ballad “Stride la vampa” in Act II, the cabaletta “Di quella pira” for Manrico in Act III are among the highlights of this dark masterpiece. 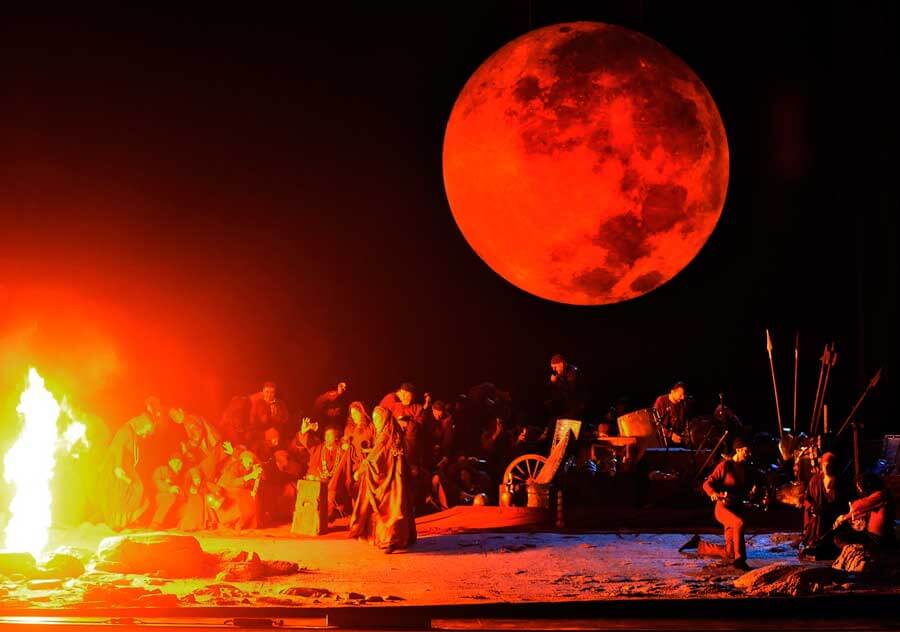 The performance lasts about 2 hours 45 minutes, including one interval