Don Carlo is one of the most enigmatic, yet compelling operas Verdi ever composed. The (largely ctional) story takes place in mid-1500s Spain and is loosely based on historical characters after Schiller’s play Don Carlos, Infant von Spanien. The complex plot weaves together a number of personal, political, religious and moral conflicts, wrapping them up in a climactic ending which conveys a thrill of the supernatural. There are four versions of Don Carlo, all personally revised by Verdi. The first is a five-act grand opéra in French (Paris 1867); the second, a five-act Italian version (Naples 1872), was shortened to four acts for Milan in 1884. The present production at La Fenice, where the opera premiered in 1869, follows the 1884 version. 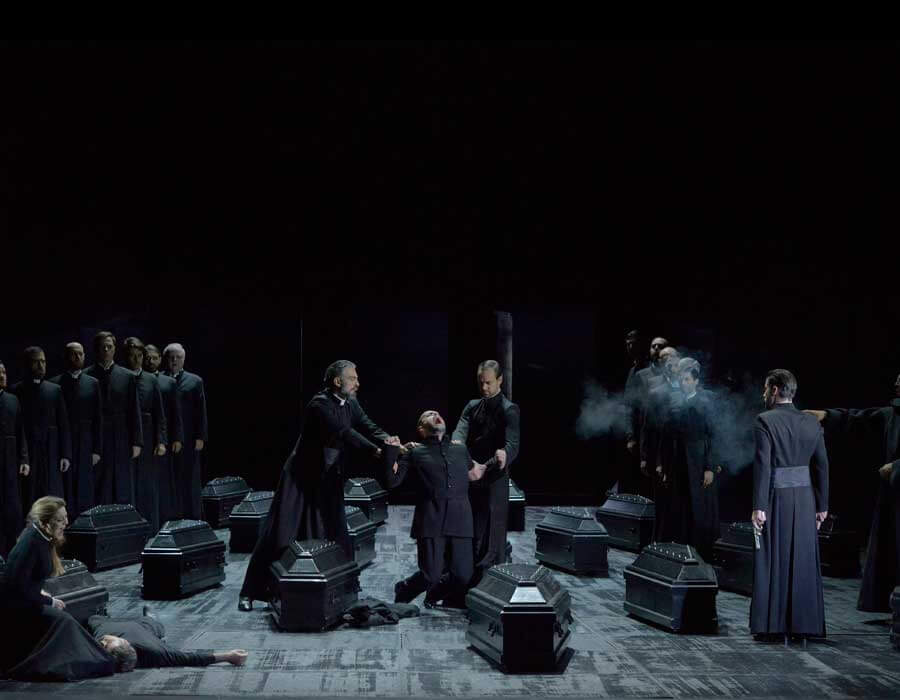 The Count of Lerma Luca Casalin

A Voice from Heaven Gilda Fiume

The performance lasts about 3 hours 25 minutes, including one interval